Posted at 22:53h in Research by Mario 0 Comments
Share 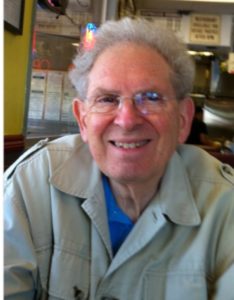 Congratulations on your new PSI.vision Institute for Research and Application of non-local Perception. Your concern about non-local perception has had interest from many quarters. Henry Stapp, a distinguished American quantum physicist from the University of California, wrote that, “Nonlocality is the most profound discovery in all of science.” And my work at Stanford Research Institute demonstrated a kind of non-local perception called remote viewing. In our two-decade government program of research and application, we demonstrated that people can learn to quiet their mind and describe and experience objects and events blocked from ordinary perception. Our principal discovery was that accuracy and reliability were unaffected by distance and time. That is, remote viewing is a non-local ability.

We were fortunate to work with some exceptionally talented individuals, who formed the basis of our published papers in Nature, and the Proc. IEEE. But, I also trained six Army Intelligence officers who formed the core of the Army Star Gate program which was carried out hundreds of applied, and largely successful remote viewing tasks for the CIA and Defense Intelligence Agency, for more than a decade.

ESP is not a new age phenomena. Erwin Schrödinger, the pioneering quantum physicist wrote in 1940 that, “Consciousness is a singular of which there no plural, like reflections in a hall of mirrors.” And in the 12 th Century the Buddhist dharma master Longchen Rabjam wrote extensively that “Our nature is timeless awareness, and that our awareness is independent of space and time.”