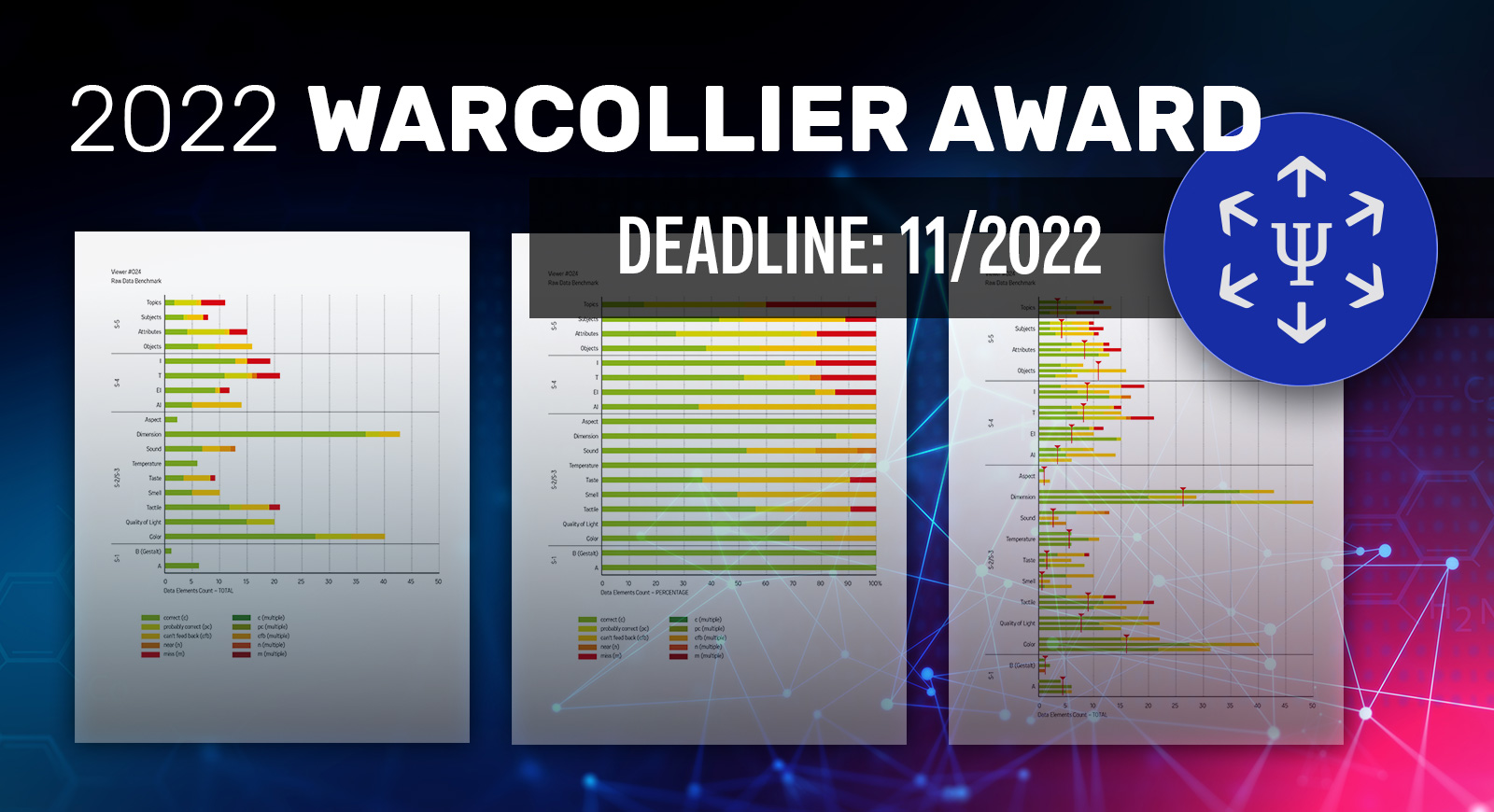 The subject of the study is the detailed analysis of RV session data.
(Investigating the hit accuracy of single data records within Controlled Remote Viewing (CRV) sessions.)

The study proposal won this year’s Warcollier Award research prize (IRVA/iRiS). The implementation is planned until November 2022. The results and evaluations will be presented in March 2023.

This results in both a quantified overall total score and a percentage score for the individual correctness of each data category.

Following the study,all participating viewers receive a detailed evaluation of their own performance, broken down by individual data categories, along with a ranking in comparison to the average of all recorded sessions. This corresponds to a personal benchmark and also provides information about one’s own strengths and weaknesses in perception (viewer profile).