Study on the perception of non-local processes - PSI.vision
16126
post-template-default,single,single-post,postid-16126,single-format-standard,bridge-core-3.0.5,qode-page-transition-enabled,ajax_updown,page_not_loaded,,qode-title-hidden,side_area_uncovered_from_content,qode-child-theme-ver-1.0.0,qode-theme-ver-29.1,qode-theme-bridge,disabled_footer_bottom,qode_header_in_grid,qode-wpml-enabled,wpb-js-composer js-comp-ver-6.10.0,vc_responsive

01 Jan Study on the perception of non-local processes

Posted at 22:58h in Research by Jana 0 Comments
Share

In early 2021, we conducted the first experiments to investigate whether viewers could be perceived at the location of the target. After the first results were promising, an experimental design was set up to investigate this question under controlled conditions.

The study design was discussed with our Advisory Board in early September 2021. 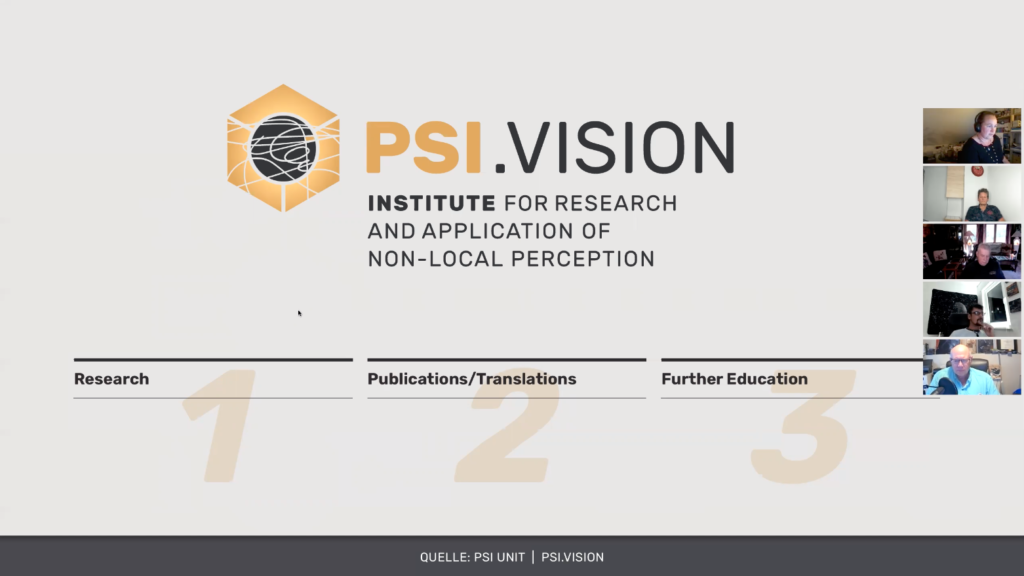 We established the following parameters to conduct the study under controlled and scientifically usable conditions:

Targets were defined as places where definitely no other person was present at the time of the session. The target locations were personally visited and documented by the project manager on the day noted in the tasking. Photographs and video recordings were made to give as comprehensive an impression as possible of the target location.

Care was taken to ensure that the respective locations offer moderate incentives for the viewer even without the presence of a life form of the attractiveness level, in order to avoid unintentional digression or the report of phantasy targets. 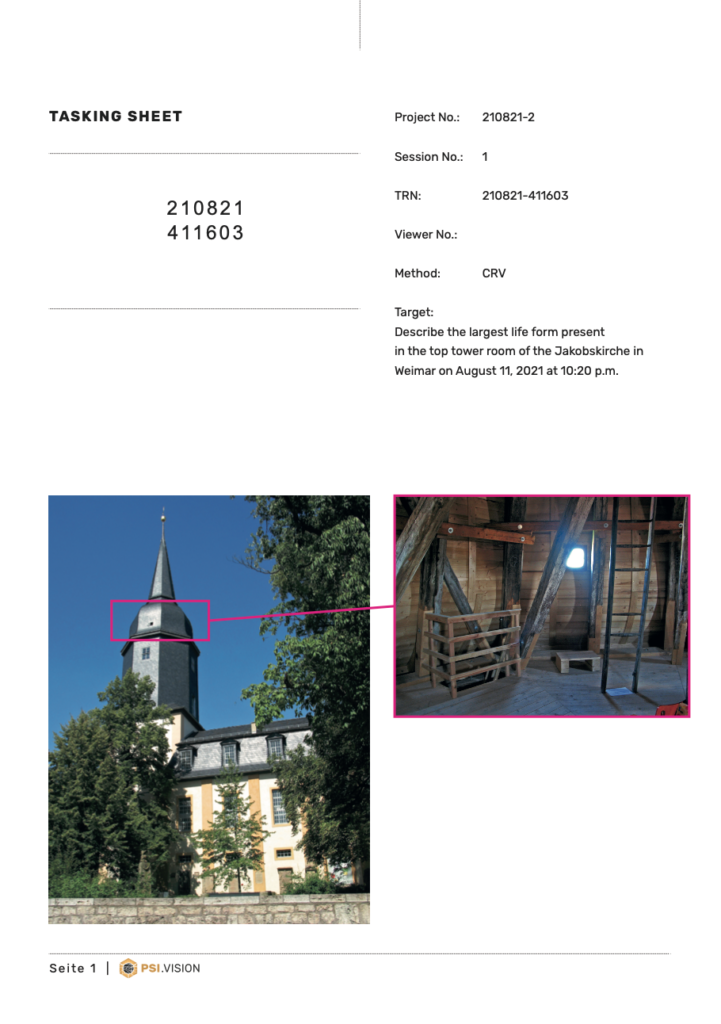 Targets are set, each of which is visited by a pair of 2 viewers. Each pair of viewers within the study is assigned a different target. This ensures that only one person can be perceived by the viewer.

The tasking was “Describe the largest life form present at location X at time Y.” Since the presence of humans at the time anchored in the tasking could be ruled out over a wide time range, only small creatures (e.g., mice in the entablature of a church) or insects could be considered as alternative life forms in this respect.

All viewers worked either with CRV or with TRV. Only trained viewers who had already been practiced in the operational area were used. The viewers worked solo, in two cases we re-tasked to clarify further details.

In the period since August 2021, a total of 5 viewer pairs were sent with on separate targets each. The viewers described the respective target location with recognizable data. Without exception, all viewers found (at the latest in S4/solo) a human life form. In two cases, more than one human life form was reported, as a couple talking to each other.

We do not yet have sufficient data sets to make a conclusive statement that apparently viewers are perceptible in the target area. However, the indications so far speak in favor of it.

Overall, this raises several new questions that are interesting to think through.

Due to the experiment design, the time anchored in the target is by definition in the past for both viewers at the time of their session. The viewers, in order to be perceptible to their session partner, have not only moved locally in space, but also in time. The accuracy of the perception seems not to be influenced by the question which viewer was “first” in the target area.

Furthermore, the life forms were clearly depicted as humanoid. Most viewers did not perceive any difference between a person “really present” in the target (as they usually know it) and the only “mentally present” person of the other viewer. However, in some cases the person was described as “somehow energetically different” or “difficult to grasp”.

Furthermore, in most of the sessions it was the case that in the further description of the person, attributes and scenes were described which could not be assigned to the other viewer without any doubt. At the moment, we hypothesize that the data density for the perception of the counterpart is apparently quite low, so that the viewer tends to switch to AOL for completion. Supplementary experiments with a different setup are needed to investigate – assuming the hypothesis of the possible perception of the active viewer – how much data in the “mental image” of a person belongs to the current state of earthly existence at all. In other words, we enter here into an interesting philosophical field about the question what constitutes spirit and soul. If one thinks further at this point, it becomes quite exciting.

And last but not least, one might ask: Are the perceived life forms that other viewers describe at some of the ever-popular mystery targets (such as frequently viewed coordinates on the moon) really attributable to the target? Or is it just the viewers perceiving each other there?

We will add more actionable sessions to the series of experiments during 2022. Viewers who would like to support our research and are trained in CRV or TRV up to S6 are welcome to apply. We are always happy to have high-level reinforcements. 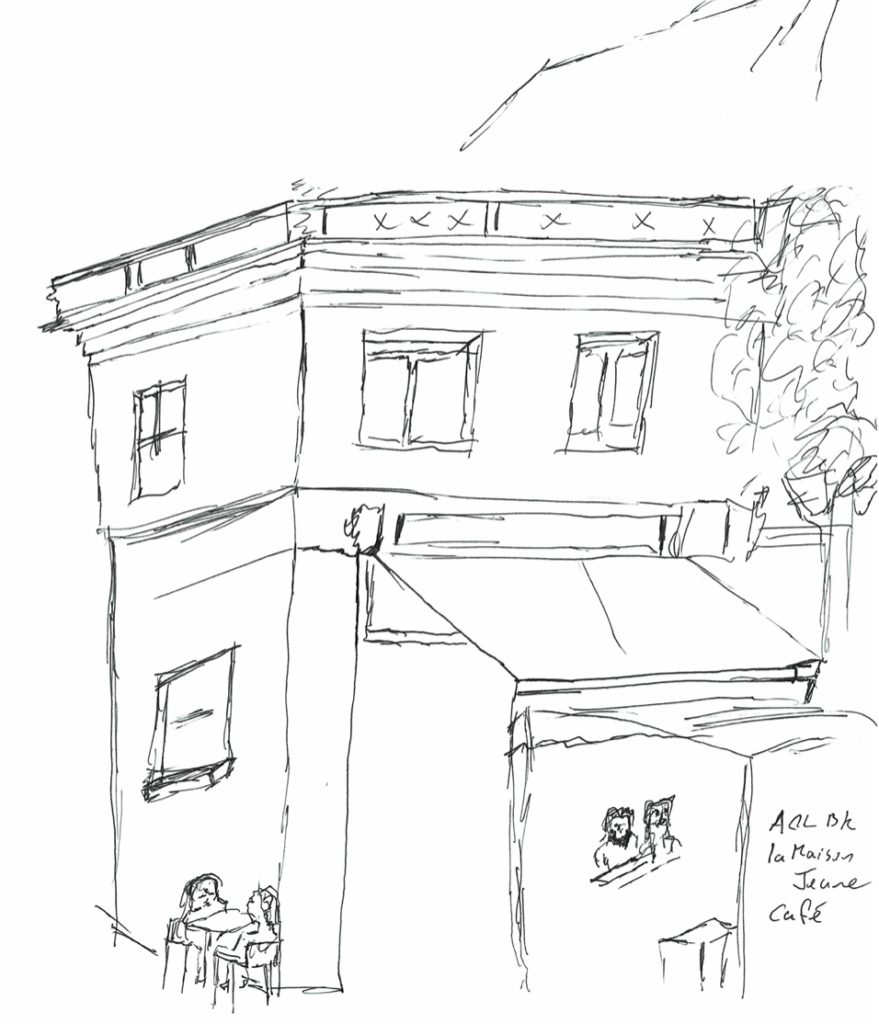 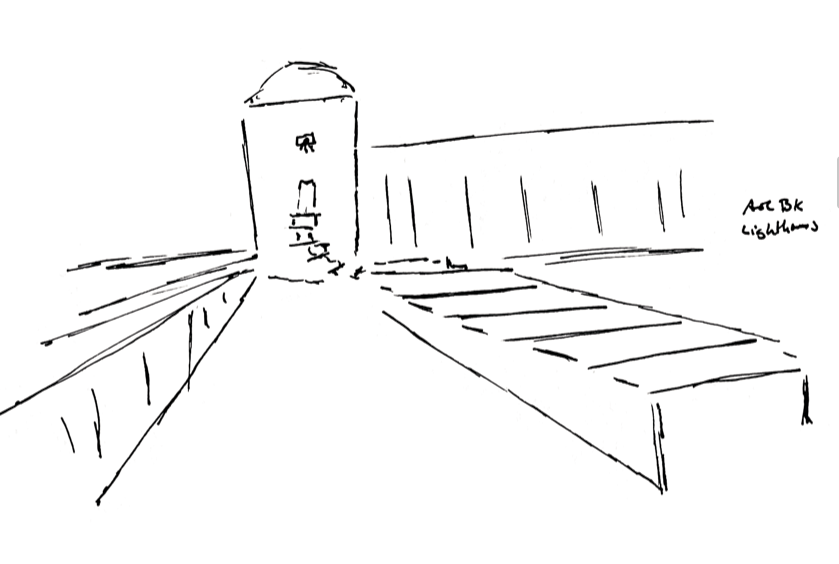 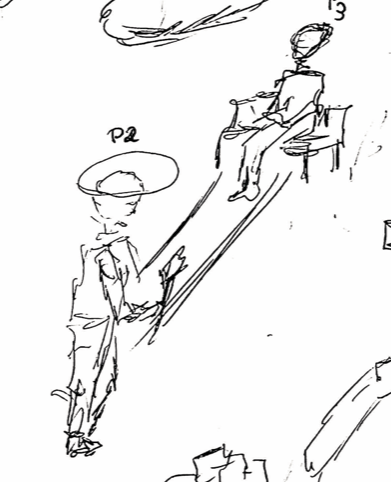 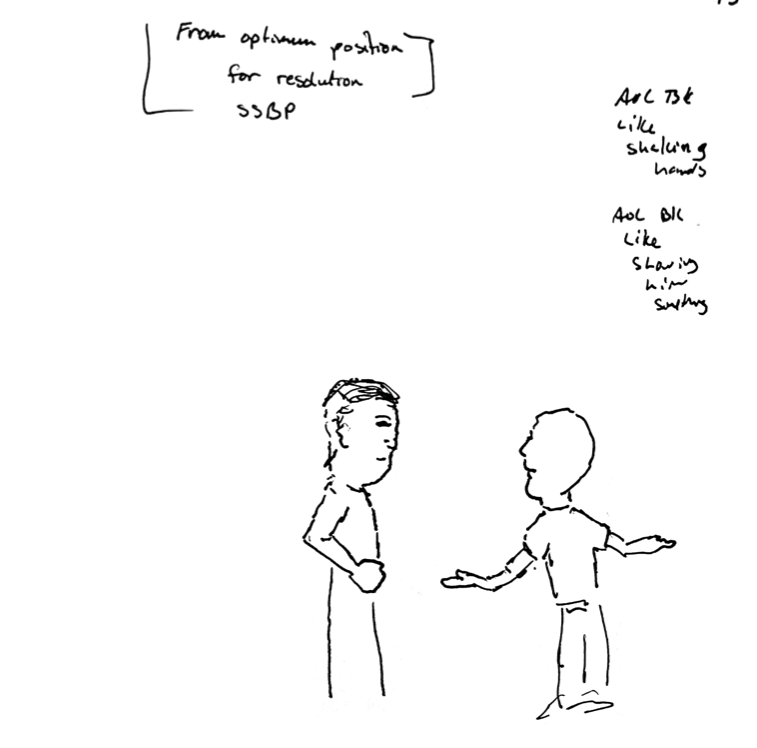 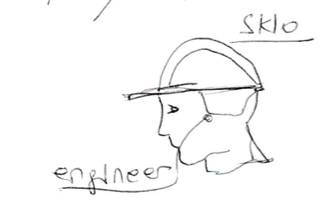